“…what is your life? It is even a vapor that appears for a little time and then vanishes away.” James 4:14

Early Sunday morning, April 18, my younger brother, Roger, entered into the presence of the Lord. A veteran of the Viet Nam war, he was part of a cargo crew that flew scores of missions in and out of enemy territory delivering supplies and picking up injured soldiers. He was buried in our local Veteran’s Home cemetery where some 5,000 others have been laid to rest. Tomorrow there will be a special service with a military gun salute and flyover honoring and naming the some 200 vets who have passed away from this area during the past year. Last evening I visited Roger’s grave to be sure that it looked nice for the family members who will be coming for the service. The Veteran’s Home has yet to place a permanent headstone there but there is a temporary marker which simply reads: Roger Belt

That dash between the dates represented 63 years of my brother’s life. Fifty of those years he lived in the world but the rest he lived in the Word! Most of his life Roger was a trucker logging hundreds of thousands of miles across the country, following the devil’s way, entrenched in drugs, alcohol and all the unsatisfying allurements of the world. In the late 80’s I received a long distance call from him. He was under deep conviction of his sins and that day prayed confessing his sins and received the risen Christ as his Savior. For several years his life changed, he joined a church, became a deacon and Sunday School teacher and assisted in a truck stop ministry near his home. He was so happy and I was so pleased. But somewhere along the way the devil lured him back into his old ways of drugs, alcohol and a lifestyle that paid its toil on his body over the next several years.

Recognizing God’s grace and sovereignty in all things, on Sunday, September 11, 2005, I was speaking in a church in a nearby city. Not having seen or heard from Roger for several years, I received a phone call that afternoon that he had had a heart attack and was in a hospital in the same city where I was speaking. That became a memorable day when we renewed our relationship and he renewed his walk with the Lord. After three months in hospitals and rehab centers he joined the church where I had preached on that day.

In February, 2009, Roger moved to the Veteran’s Home in my city so that he could receive the proper medical care that he needed. Ann and I would pick him up for Sunday church and have him over for a good home-cooked meal. We had so many enjoyable times together. He loved sitting in my Sunday School class and was my greatest supporter. Just weeks before he passed away he gave his personal testimony in our church and became a beloved member. During the last four years of his life Roger was constantly in the Word. I will always cherish having his large print Bible He had read through the entire New Testament marking favorite verses along the way. As he did so he read all of the Old Testament cross-references color marking many of them. When his eyes failed so that he could not read, he had nearly completed going through the New Testament on video for the third time. Some of his favorite passages were John 6:44-45; Ephesians 1:7; and Romans 10:9-10. In the front of his Bible was written: “Submission to God means taking our hands off what belongs to Him.” His testimony touched many lives. Under hospice care the last two weeks of his time on earth, there was a constant flow into his room of friends, family, VA residents, cleaning ladies and nursing staff to say their good-byes. Most of them he had witnessed to of God’s amazing grace.

I was reading to him from Randy Alcorn’s devotional book, “50 Days of Heaven,” based upon his larger volume entitled, “Heaven.” What a blessing it was to both of us as we read of heaven and the new bodies that we would someday have. We were only on day twelve when Roger was able to experience what we had been reading. During those last days Roger taught me much about dying in grace and with grace. Often when I would leave his room he would say to his preacher brother, “Remember Who’s in control.” That was very humbling and convicting to hear from one who had spent far more years of his life in a bar than in a pew.

As I stood last evening by his graveside and noted the dash between the dates, the memories it represented just kept coming. As I looked at the dashes between the dates on other nearby markers, I wondered what that dash represented for them. Roger was so thankful, like Peter, for the God of second chances. He understood the privilege of a second opportunity to serve the Lord and be faithful….unto death.

Thank you for letting me share with you this personal story. It helps to take away the sorrow of loss in my heart and releases joy when I am reminded once again of a gracious God who answers prayer, works out all things for His good, honor and glory, and does it in spite of our wicked ways. The “dash between the dates” simply reminds me that it isn’t the length of years that line might represent, but what we do with the years that will really count for eternity and God’s glory.

The Dash Between The Dates

Memorial Day was over now, all had left and I was alone.

I began to read the names and dates chiseled there on every stone.

The dates which showed whether it was Mom or Dad, or daughter or baby son.

The dates were different but the amount the same, there were two on every one.

It was then that I noticed something, it was but a simple line;

It was the dash between the dates, placed there, it stood for time.

All at once it dawned on me how important that little line.

The dates placed there belonged to God, but that line is yours and mine.

It’s God who gives this precious life and God who takes a way;

But that line between He gives to us to do with what we may.

We know God’s written the first date down of each and every one,

And we know those hands will write again, for the last date has to come.

We know He’ll write the last date down, and soon, we know for some,

But upon the line between my dates I hope He’ll write “well done.”
–Copied 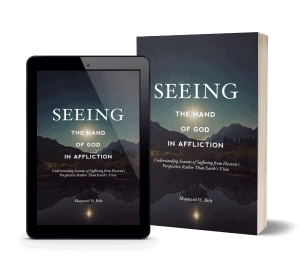 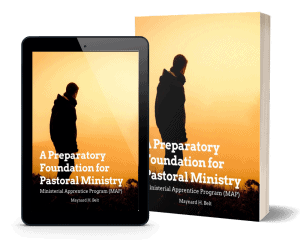 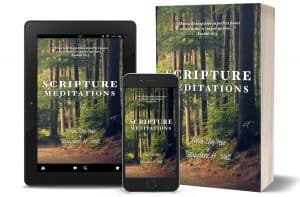